Visiting Hebron in the disputed territories

The dark tunnel and iron-bar clad walkway is filled with people. Some standing quietly, others yelling. Ahead stands a one-way ceiling-height turnstile gate monitored by armed guards. It is dark in here, but if you peer outside you can see the Israeli military outposts with more heavily armed guards. The fences are topped with razor wire. With our tour guide we are able to get ushered through the gate while the Palestinian residents remained behind. This was just one of the check points we had to go through during our visit to Hebron.

Besides being able to feel the tension in the air here, it is safe. Tourists are generally not a target for violence – we are there as an audience. A platform for the people to share their stories and their side of the conflict.

Hebron is a city located in the West Bank/Palestine/disputed territories. This city is complicated and controversial and is one of the most heavily contested areas in this region as it has Israeli settlements (the H2 region – under Israeli military control) within the Palestinian occupied land (the H1 region – under Palestinian control). There are almost 1,000 Jewish residents surrounded by approximately  200,000 Palestinians, generating friction that often results in well-documented clashes.

You are able to visit the city of Hebron on your own by catching a bus there from Jerusalem. But I decided to join a day tour, the Dual Narrative Tour run by Abraham Tours. For me it was important to get as much information from visiting the area as possible, something that would be hard to do on my own. And to be honest, some of the check points we went through and empty streets we walked down that were guarded by heavily armed Israeli soldiers and surrounded by loops of razor wire, I would have felt a little uneasy navigating on my own. The tour was split into two halves, half the day with a Palestinian guide on the Palestinian side, and half the tour with an Israeli guide on the Israeli side.

What I have written on this page is just from my experiences of the day. I am not a historical, political or conflict resolution expert, just a mere traveler wanting to understand more about the world we live in.

We spoke to several local people on both sides of the conflict. One Palestinian man said that to him, life was like ‘living in a giant jail’. The Palestinian people have many restrictions of movement, and thus have a lot of trouble traveling around Palestine let alone internationally. Parts of the city of Hebron that used to be their bustling marketplaces or shop-lined streets have been closed down as an order of the Israeli military. There is metal mesh above the marketplace to prevent rubbish being thrown on them from above by the Israeli people. Apparently when tensions are high, dirty dish water and even bleach has been poured onto Palestinians here.

The Jewish residents of Hebron are afraid of being attacked and are frustrated about their lack of access to many parts of the city that they are not allowed to set foot in. There have been and are extremists on both sides of the conflict that have caused great destruction, ongoing tension and loss of human life. The stories form both sides are very saddening and horrible. The violence here tends to come in waves. Vandalism, riots, theft, stone throwing, military raids. The tension between the two sides, even between the peaceful locals is palpable. It is not a place where politics are discussed openly. However, despite their differences all of the people we spoke to just want to be able to go on with their daily lives. Without checkpoints, without attacks, without fear and with more freedom.

The religious significance of the city is one of the major reasons for both of these groups of people wanting to claim it as their own. The Ibrahimi Mosque/Tomb of the Patriarchs is the most famous religious site in the city and is sacred to both Jews and Muslims. The building has been split in half to accommodate both faiths. One half is a mosque and the other half is a synagogue. It is the only building in the world that is divided in this way. There is very high security surrounding this building and neither party can access the other side. Except for ten days of the year when the entire complex is opened to Muslims only, and a separate ten days wen the same goes for the Jewish only.

I went into Hebron with many questions and much confusion, many of these were answered, but I exited with many more questions and almost as much confusion. This place is complicated and the stories told from both sides about the conflict differ greatly. The conflict is certainly not black and white. The majority of Israelis and Palestinians desperately want the violence to stop. The actions of the extremists on both sides is by no means a reflection of all the people living in this region that still go about their day to day lives. I only saw a small section of the city and there is so much more to know about this complicated situation. I don’t think I personally have enough information yet to have a strong opinion on the matter. I can see how people desperately hold onto their history and heritage and want to have it as part of their lives but I do not believe that violence and loss of human freedom is the answer.

You comments and opinions are welcomed, but any aggressive or abusive comments will not be tolerated.

Photos from the Palestinian side: 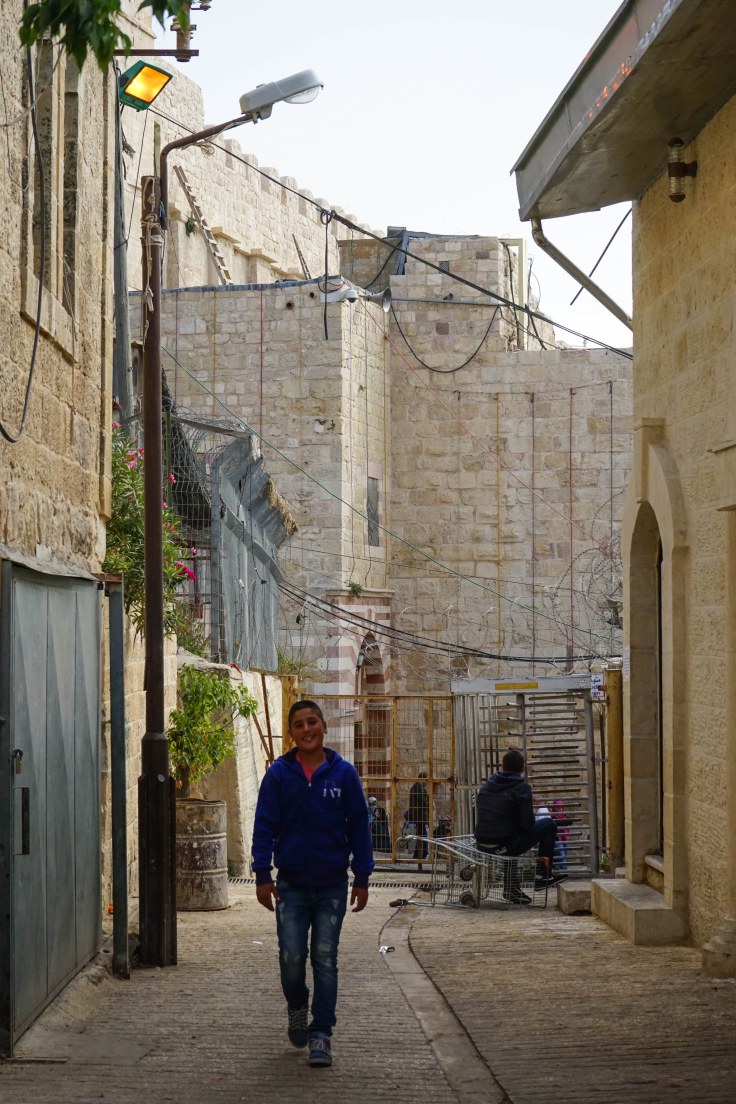 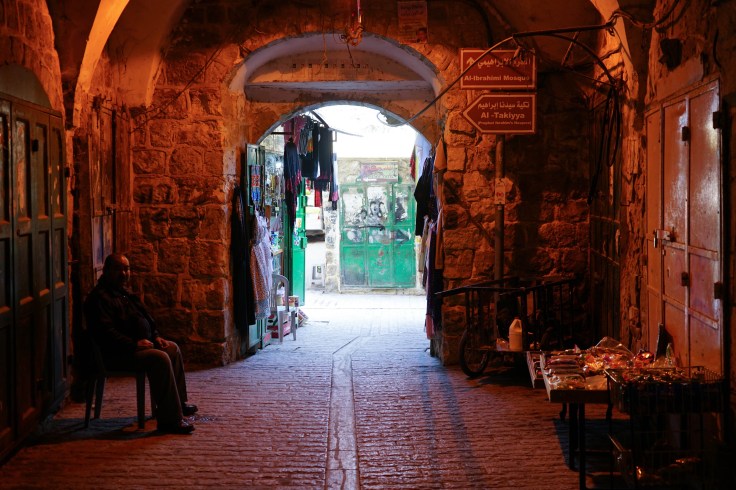 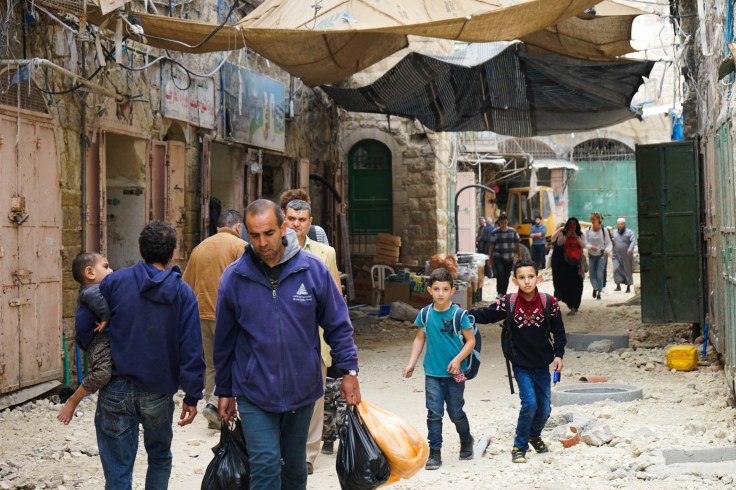 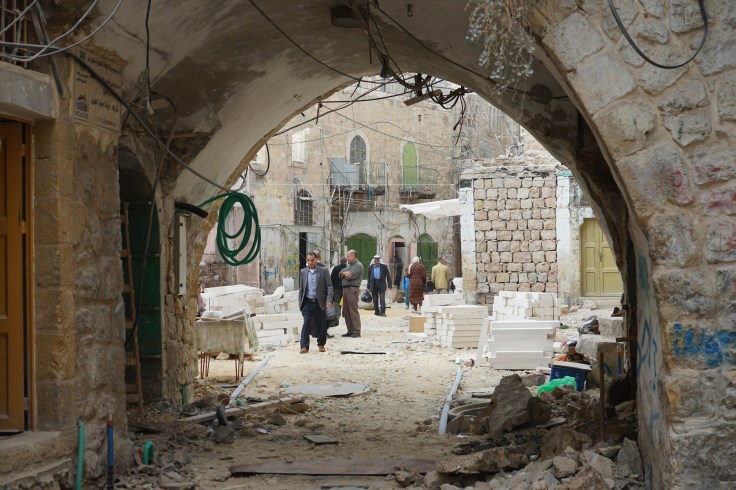 Photos from the Israeli side: 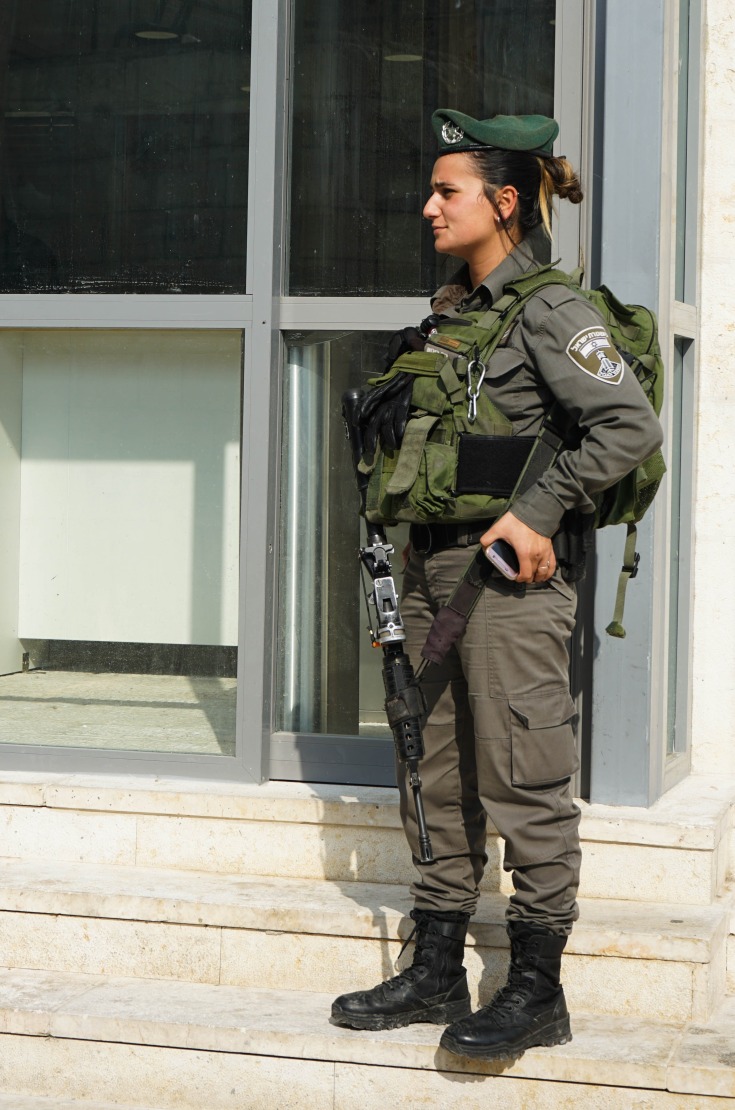 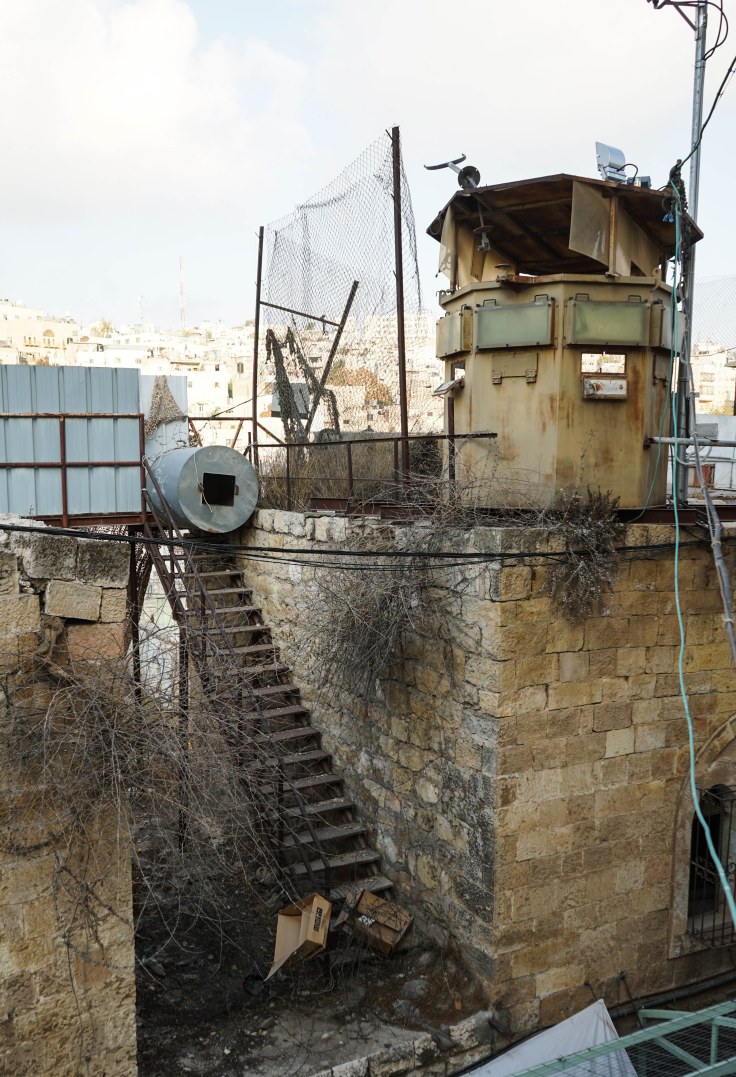 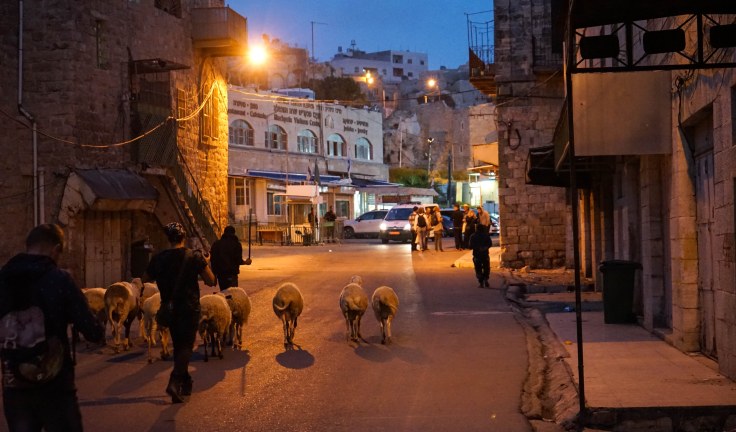 Other blog posts from this region:

8 thoughts on “Visiting Hebron in the disputed territories”