A quick trip to the Gobi Desert – Mongolia

The Gobi desert was something I didn’t want to miss. I didn’t have much time to see it and as I was wanting to go in the off season, finding a group tour to jump on (to cut down the cost) was near impossible. Instead I decided to just wing it. I caught the public bus from Ulaanbaatar to Dalanzadgad, one of the major towns in the South Gobi region. I arrived without having booked anywhere to stay and no plan, but I was incredibly lucky. I found somewhere to stay the night and in the morning I bumped into two great French people and joined them in splitting the cost of a driver out to the Khongoryn Els sand dunes, and dropping by the Yolyn Am canyon on the way back to town.

It snowed for most of the five hour bumpy drive to the dunes, where we arrived at a small tourist camp at the base of the dunes on the northern side. We had been told that we would be staying with a nomadic family, which wasn’t entirely true. There was a family there, but they ran the tourist camp and we were definitely just treated like the regular tourists rather than people who were actually interested in learning more about their culture. Which was a shame, but we all still had a great time, and they cooked us some really delicious Mongolian food 🙂 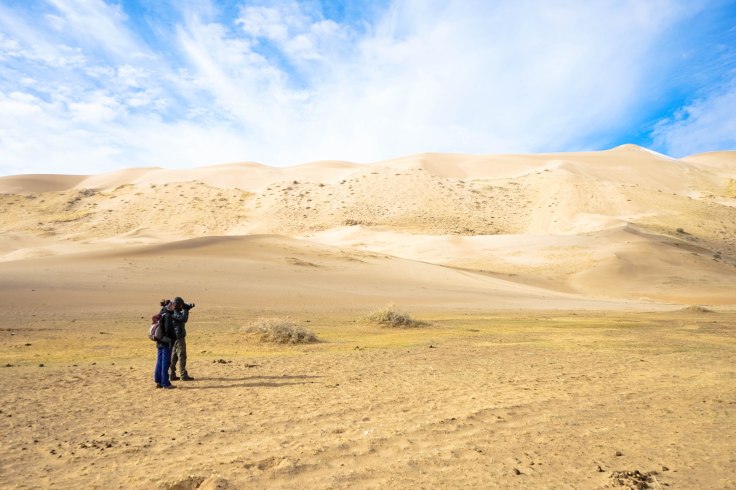 The landscape around the dunes was mostly dry, rocky and flat, with the thin Khongoryn Gol river snaking it’s way through the valley north of the dunes. There were some small dry shrubs around but otherwise not much else for the camels, goats and horses herded here to eat. But this was the start of winter. In summer it can actually get quite green. Flanking the east and south of the dunes were rocky rough-looking mountains that were covered in snow. Quite the contrast to the soft flowing sandy dunes. The Khongoryn Els sand dunes stretch for a length of approximately 100km, is up to 15km wide and the highest point stand at 300m from ground level. Climbing up the highest dunes felt like climbing almost twice that distance as for each step up, you slid down almost as far. It was a great workout!

We hiked up to the top of the dunes the following morning and there was still snow tracing the ridgeline. It hadn’t ever occurred to me that it would snow in the desert so that was really beautiful to see (I know it can get really cold in the desert especially at night, but I didn’t think there would be enough moisture around for it to snow!). The snow was melting and evaporating right in front of our eyes and it was all gone by the time we hiked up the dunes a second time that day to watch the sunset. The sunset over the dunes and the snow-clad mountains flanking both sides was so beautiful! 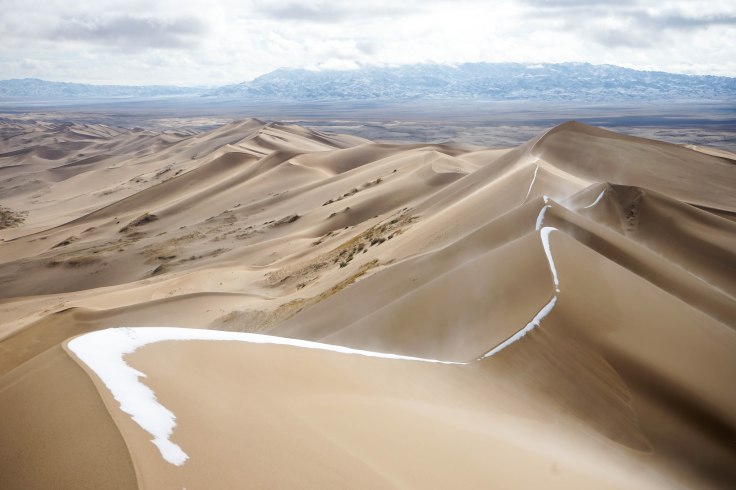 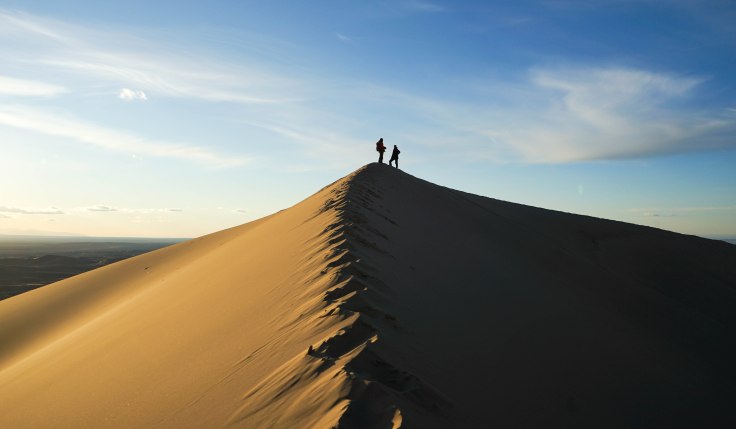 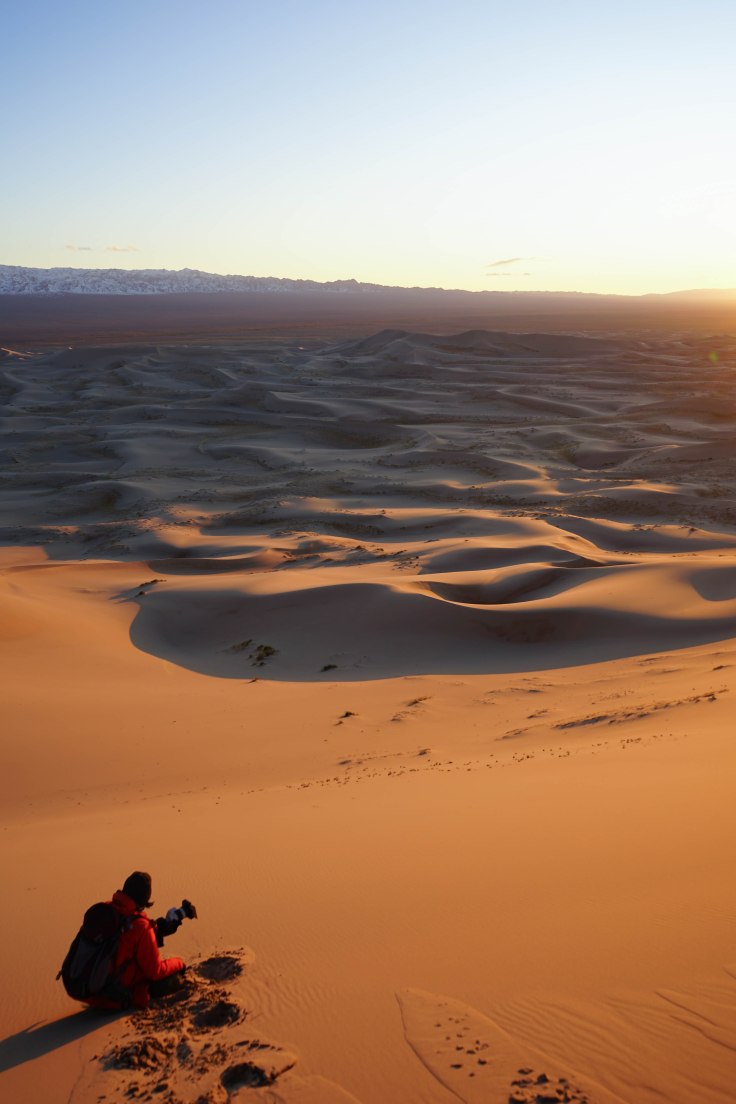 We spent two nights at the dunes and then headed back to Dalanzadgad, stopping off at Yolyn Am for a quick hike along the way. A beautiful little canyon where the walls are so steep and narrow that the winter ice doesn’t melt until far into the summertime. The ice was long-gone by october, but mother nature was already doing her best to replace the it. In the shade of the canyon and with the wind that funelled its way through, it was absolutely freezing, but very pretty! In better, less slippery and icy conditions you can hike the whole way through the canyon and pop out near Dalanzadgad.

There is a lot more of the Gobi to see, but I didn’t want to cram too much into just a couple of days and feel rushed, so the rest will have to wait until next time 🙂

One of the French travellers I met is a photographer – check out his Facebook page for more amazing photos from Mongolia.

To read about my other Mongolian adventures click on the links below: