“Laughter is timeless, imagination has no age and dreams are forever” – Walt Disney

LA is a big sprawling city and a entertainment paradise. From the Hollywood walk of fame, to Rodeo Drive, theme parks and Santa Monica Pier, there is always something to do and see.

We stayed at the HI Santa Monica Hostel near Santa Monica Pier. Despite it lacking some of the intimacy of a smaller hostel, the friendly staff, fantastic facilities and brilliant location more than made up for it. It is a lovely part of the city to stay in, it is relaxed, only minutes walk from the beach and pier and has great food and bar options nearby. You pay slightly more to stay in this region than in Hollywood, but it is definitely worth it. Especially as getting around LA takes forever (allow at least an hour to get anywhere on a bus), and thus I would much rather be close to the beach than stuck in Hollywood! 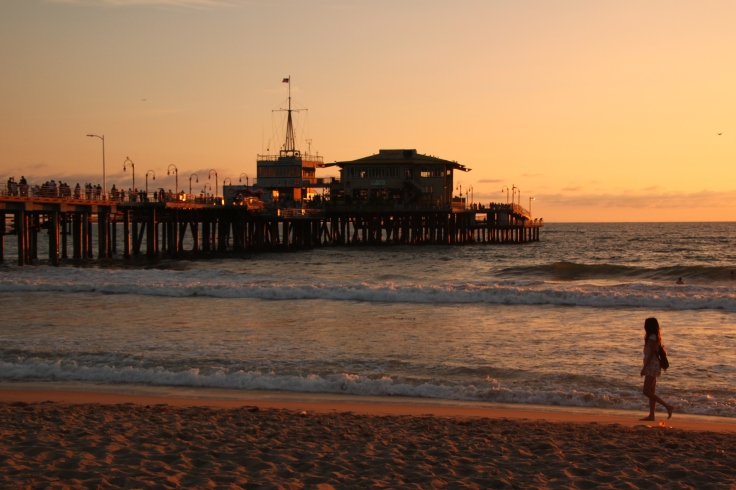 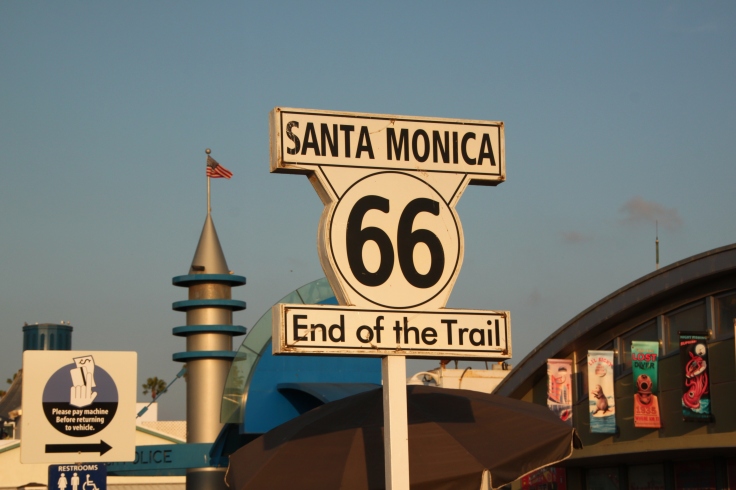 We had hoped to hike up to the Hollywood sign, but the roads leading up there were closed and security guards barred our way. Instead we headed to the Griffith Observatory (and still got a small hike in, which was nice as there is not a lot of ‘nature’ in LA), from which we had a view over the Hollywood hills and over the smoggy city sprawling out towards the ocean.

A bike ride along the beach from Santa Monica Pier to Venice Beach is a must. We hired bikes from Seamist Skate and Bike Rentals under the Santa Monica Pier (the cheapest in the area) and set on our way. I managed to fashion my very dangerous maxi skirt into a mini skirt for safer bike riding. Venice Beach was a cool place and allowed for some interesting people watching. It is the outdoor sports paradise, with public basketball courts, squash courts, gym equipment and skate park. There was some real talent on those skateboards (I’m no expert but what they did looked tricky to me) and some incredible acrobatics being performed in the gym section. We ate fish and chips on the beach and soaked in the beachy vibe. 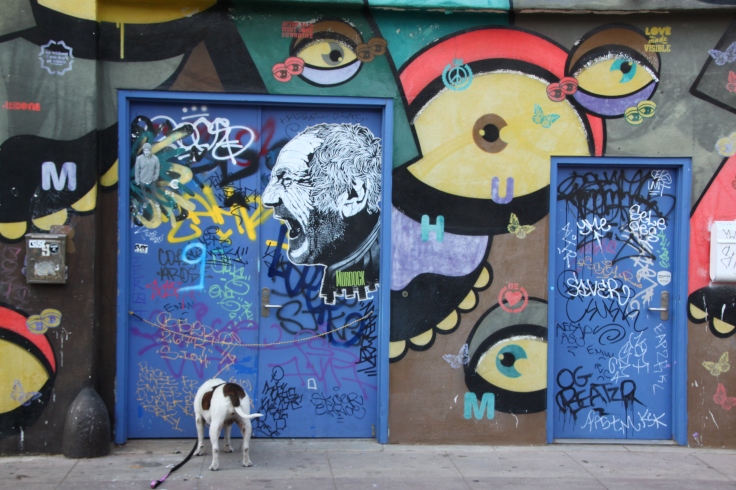 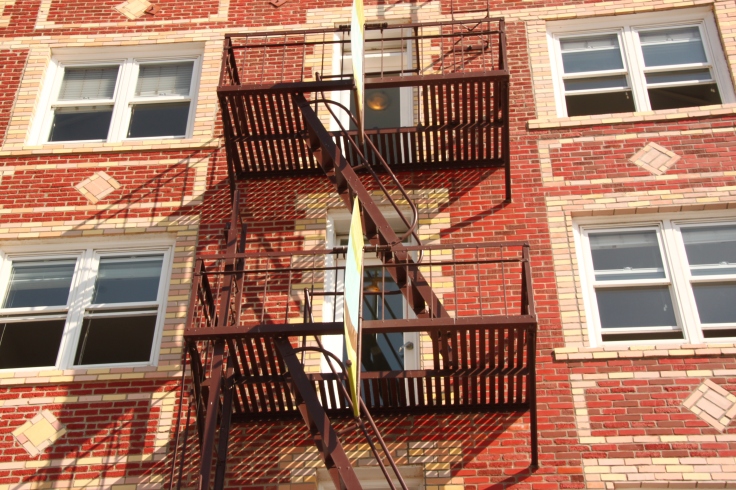 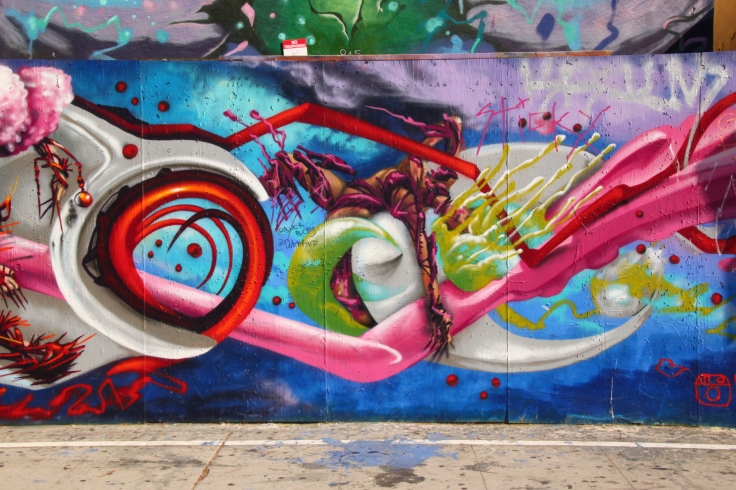 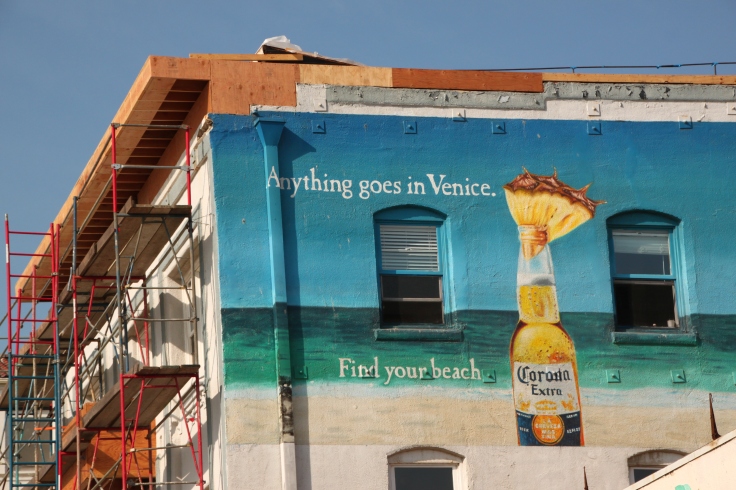 Rodeo Drive was a place for window shopping only, because unless you own a million dollar Maserati you cant afford to shop here. $3000 for an appointment for a suit fitting?! And then you still have to buy the suits! Quite mind blowing that people actually pay those prices for things!

The Hollywood walk of fame was fun. For me it was a game of spotting who I had actually ever heard of (I am the worst when it comes to celebrities. The worst. And movies. The worst), and once I’d seen Mickey Mouse’s star I was happy. We bartered with the Hollywood tour guides and got a cheap mini bus tour of the celebrity houses of Beverly Hills. I oohd and aahd purely at the size of most of the mansions as, yet again, I had no idea who owned them. Except Jackie Chan, I knew who he was and he had a cool red convertible parked out the front of his house. 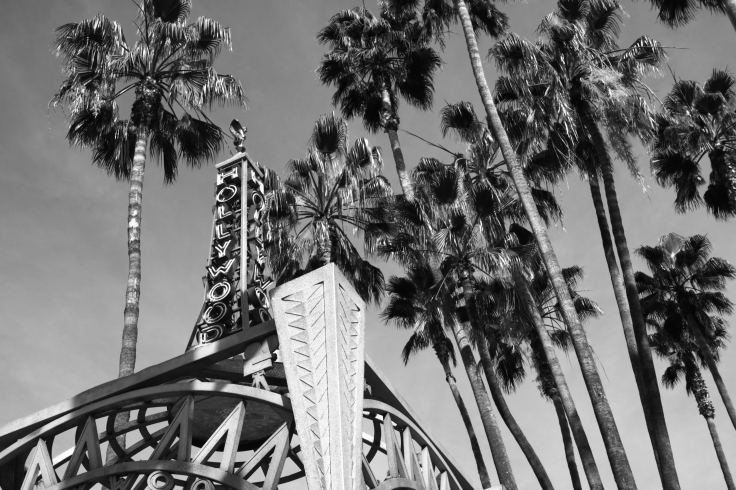 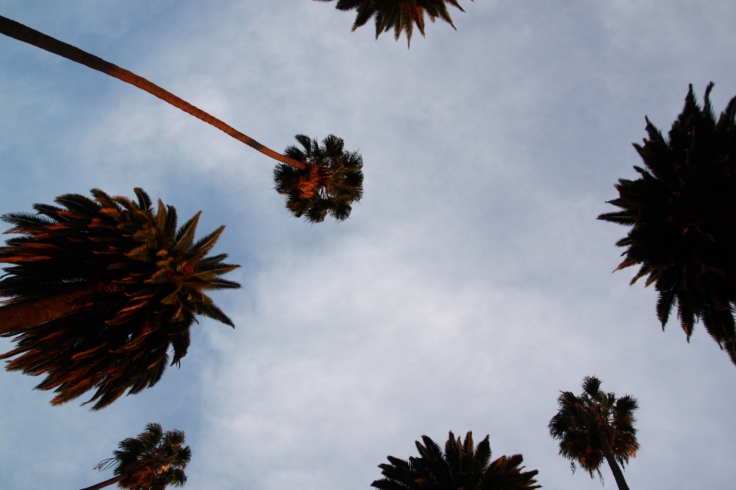 Universal Studios was great fun! I was hoping for some more traditional rollercoasters, but the 3D rides were absolutely amazing! Surprisingly the Transformers ride was my favourite. (Note: if you are going across the country to Florida and are a Harry Potter fan, save your Universal Studios monies for over there as there are many similar rides plus the awesomeness of Hogsmeade and Diagon Alley) 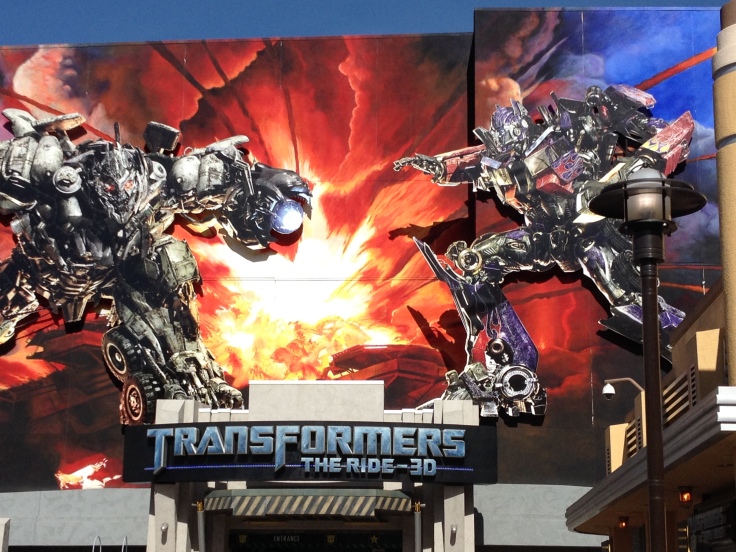 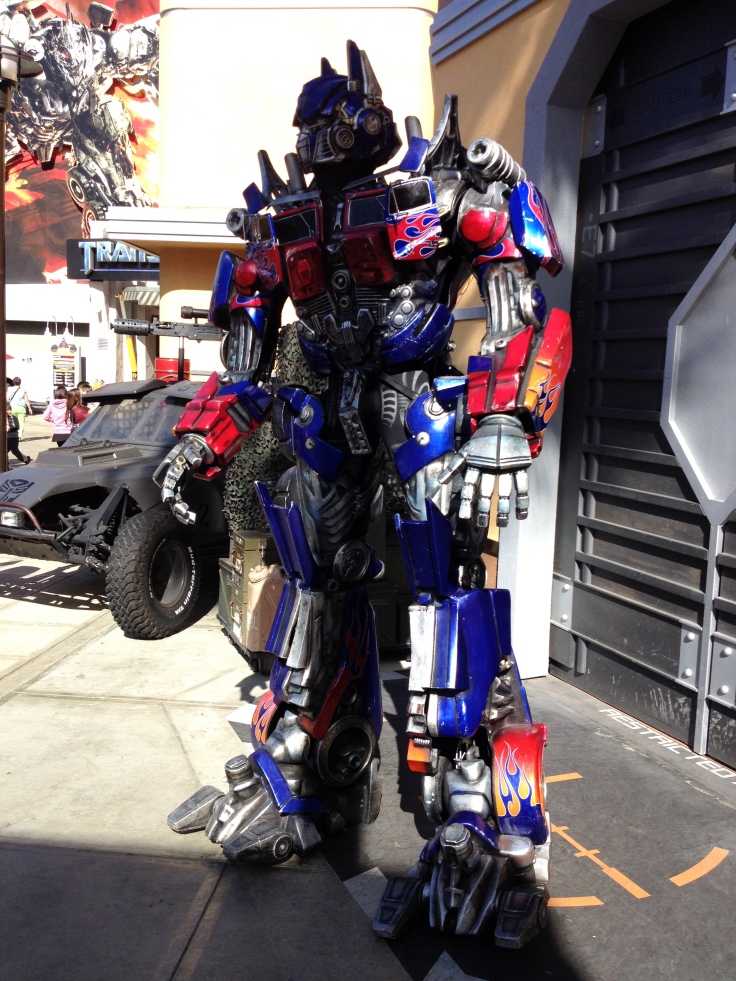 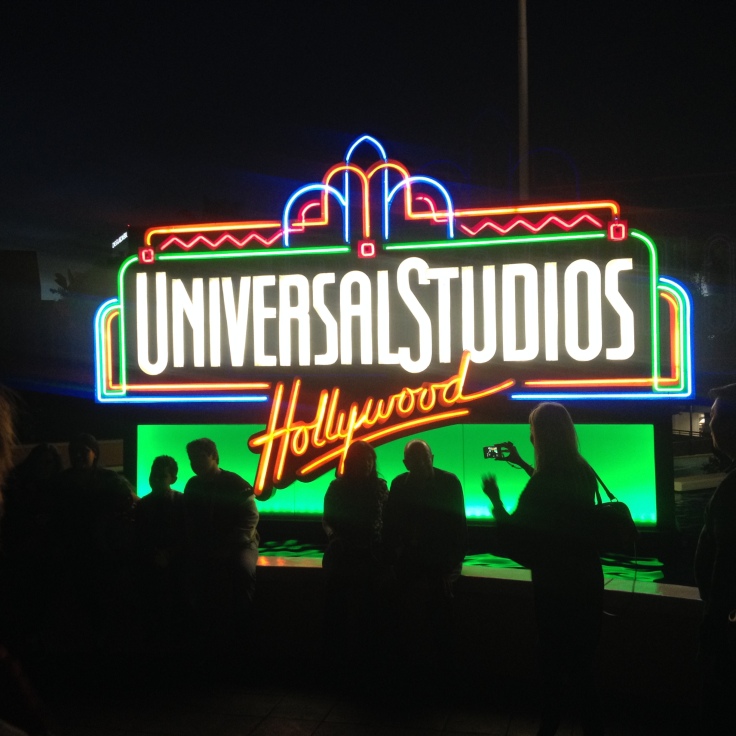 Disneyland was a world of magic! It awakened my inner child that buzzed with excitement. We had an awesome game plan, rushed through the gates as they opened, used the fast passes (too complicated to explain, read about them on the Disneyland website) and smashed every ride we wanted to do, including the teacups. The rides were fantastic (except the Matterhorn bobsleds that was super ouchy) and the amount of detail put into creating the worlds was amazing! When the final fireworks exploded over the Disney castle at the end of the day we were completely buggered but had experienced a magical day! It made me feel like a kid again and Walt Disney was very true in saying:

“That’s the real trouble with the world, too many people grow up” 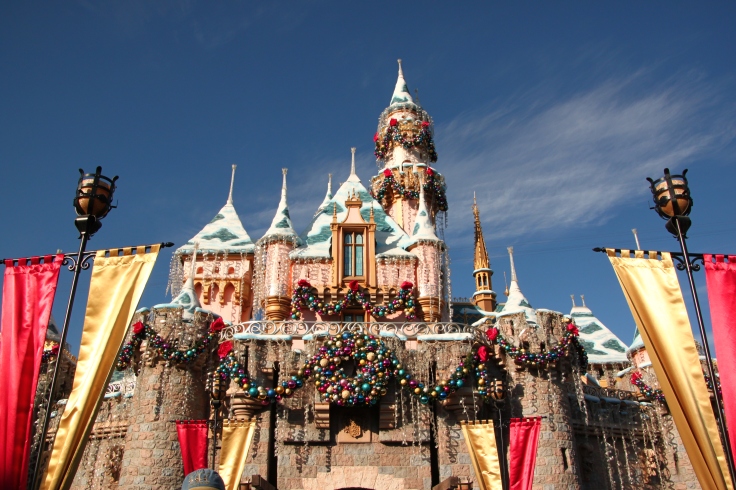 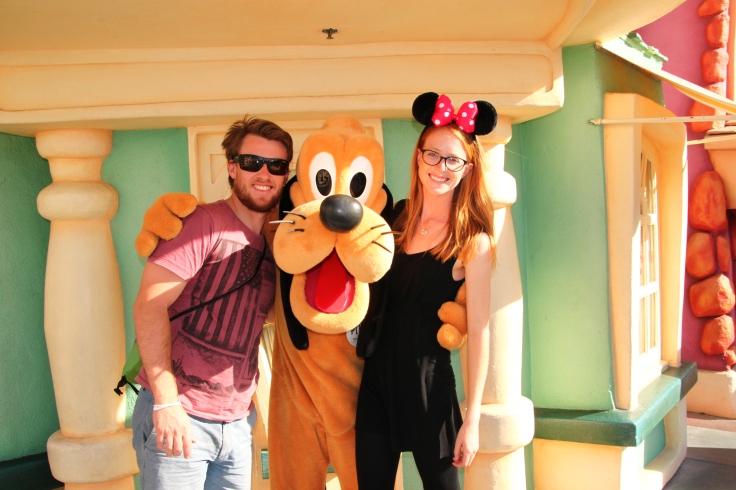 (Note: Disneyland is in Anaheim, four hours on public transport or an expensive transfer from LA. We did it when we had picked up our van [see next post for the amazingness of Van Diesel] and how it made life alot easier)