The Land of the Long White Cloud – a fleeting visit

New Zealand has that strangely familiar feeling of ‘I am home’, a similar feeling to when I go back to Sweden for a visit. There is so much that makes it feel like Aus, except the strange vowel proninciation and the adds for Marmite on the side of the road. They even have many of the same TV shows, albeit delayed (I know who wins MKR!), and they stole the Woolworths logo and called it Countdown (what’s with that?). I tried to use my Woolworths rewards card there without any luck. I was however, lucky enough to have great vet friends to catch up with in Auckland. And without them I definitely wouldn’t have found anywhere nice to go out and eat because Auckland city was such a maze of shops that it seemed like you needed a secret ‘open sesame’ code to find a restaurant (ANY restaurant!). After much searching Jasmin and I enjoyed a lovely Italian meal at a place so secret I can’t remember the name of. A really cool restaurant/bar and later we joined Tash and Adam and their burly team of cattle vet All Blacks supporters, all reveling in their win over England. They really really really love the All Blacks over here.

The following day involved a drive to Orewa accompanied by a long brunch, then walking it off with a hike up the mountain (probably more of a hill) near Devonport for a view of the city skyline. After a spot of window shopping in Newmarket, Tash and Adam departed off home and I followed Jasmin to her new place on a very swanky looking dairy farm in Matamata. 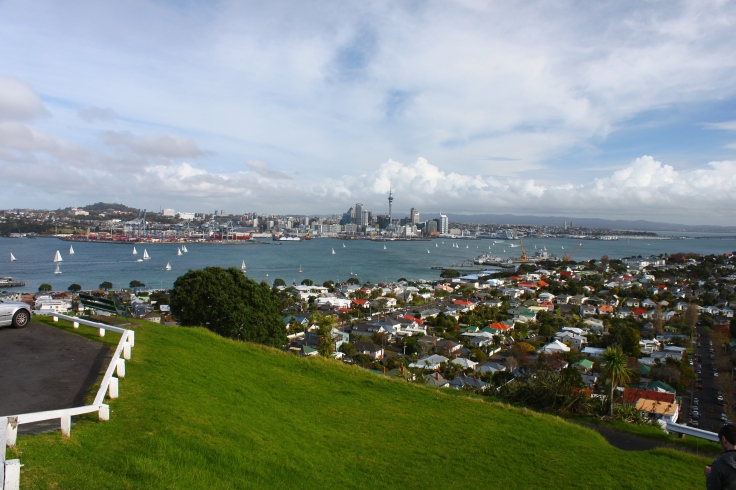 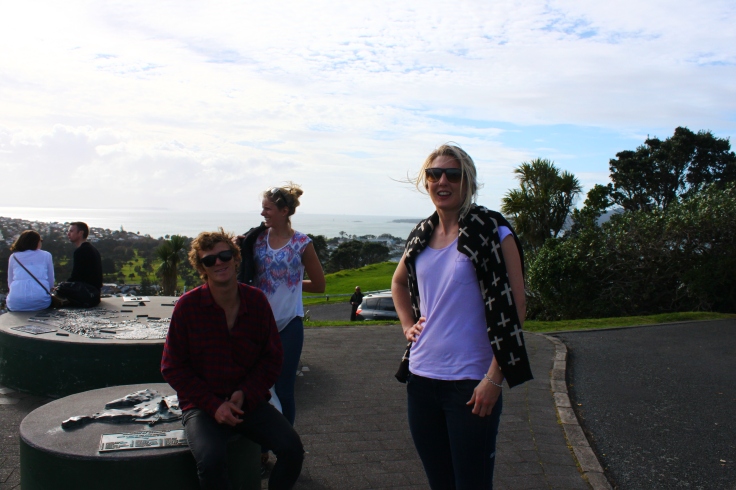 The early bird gets the worm, or at least gets to see the geyser in Rotoroua. It erupts daily at 10:15am and it wasn’t as impressive as I remember it being 15 years ago, probably because I was only half as tall, but still quite cool. Rotoroua is quite a nice city with a cute centre and a lake but has a very distinctive odour thanks to the plentiful supply of hydrogen sulphide being released from the ground. It is as if Mother Nature left the stove top on as the whole area bubbles, boils and steams. I can imagine it would be difficult to notice a spot fire here, if it ever gets dry or warm enough for them to occur. The Wai-O-Tapu thermal wonderland was covered with collapsed craters, boiling pools of mud, water and steaming fumaroles. Some of the colours created by the leaching of minerals from the underlying ground are quite amazing. My personal favourite was the “Champagne Pool’ (go figure) with its green pool of steaming water surrounded by a bright orange rim. 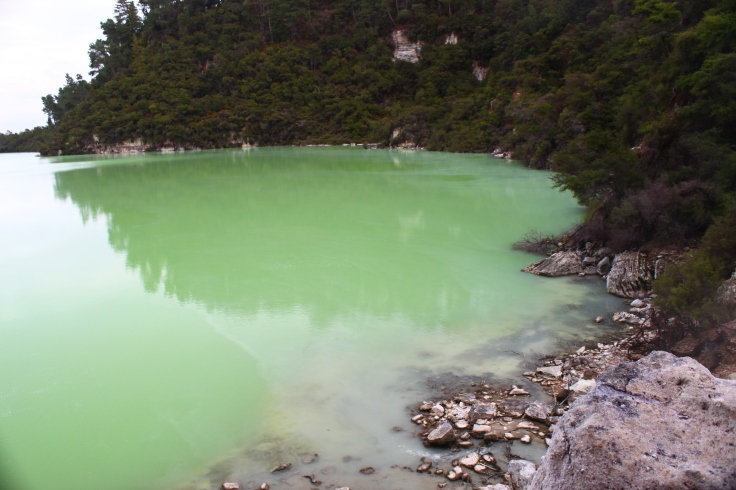 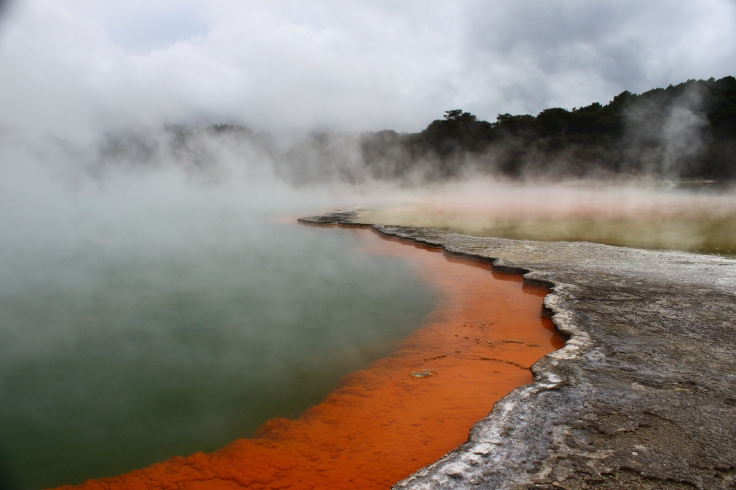 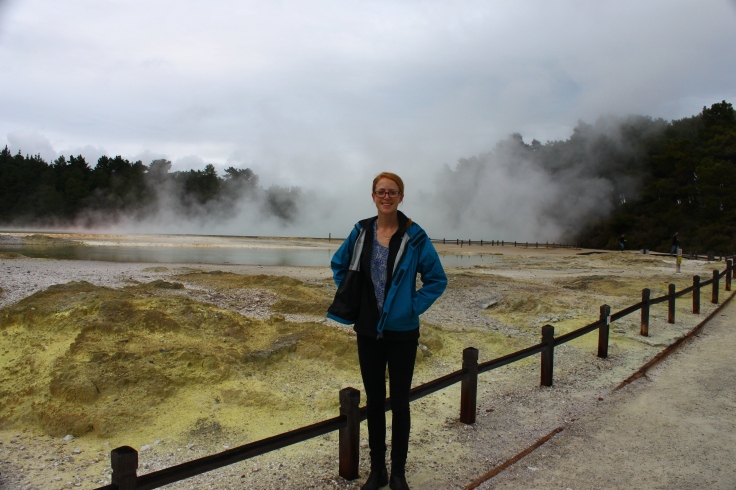 As I started the 3-ish hour drive back to Auckland the rain started coming down, but despite this I managed to see some of the beautiful countryside NZ has to offer, and also the plentiful supply of dairy cows of the North Island. The rain followed my plane all the way to Palmerston North where I was greeted by an army of green-painted shoes at the very homely Peppertree Hostel. Not many had spoken fondly about Palmy (I am such a local), and told me not to expect anything but rain and wind, which it delivered both of in plentiful amounts. Luckily I was predominantly indoors doing the contact course part of my MVM at Massey University. Massey had a really nice campus surrounded by a lot of greenery, a lake you in which you could actually see through the water (compared to the gremlin-brewing lake in Victoria Park) and an equine veterinary teaching hospital that would be envied by many. I had a great time in Palmy, and despite the shite weather it was quite a nice place to visit. I enjoy visiting the smaller cities in a country as you can get away from the tourism and embrace the real deal.

It is now 4am, I m sitting at Auckland airport where I was surprisingly able to get 4 hours sleep in the departure terminal, waking up to the floor being polished around me. I am eyeing off the currently occupied $2 massage chair for my next nap. I still have two hours before checking in and should be rationing this oh-so-cherished free airport internet.

Thankyou for letting me visit, Land of the Long White Cloud. I hope next time I come here the show you put on is just slightly less wet and windy.